Menu Account
Cart
You have no items in your shopping cart. 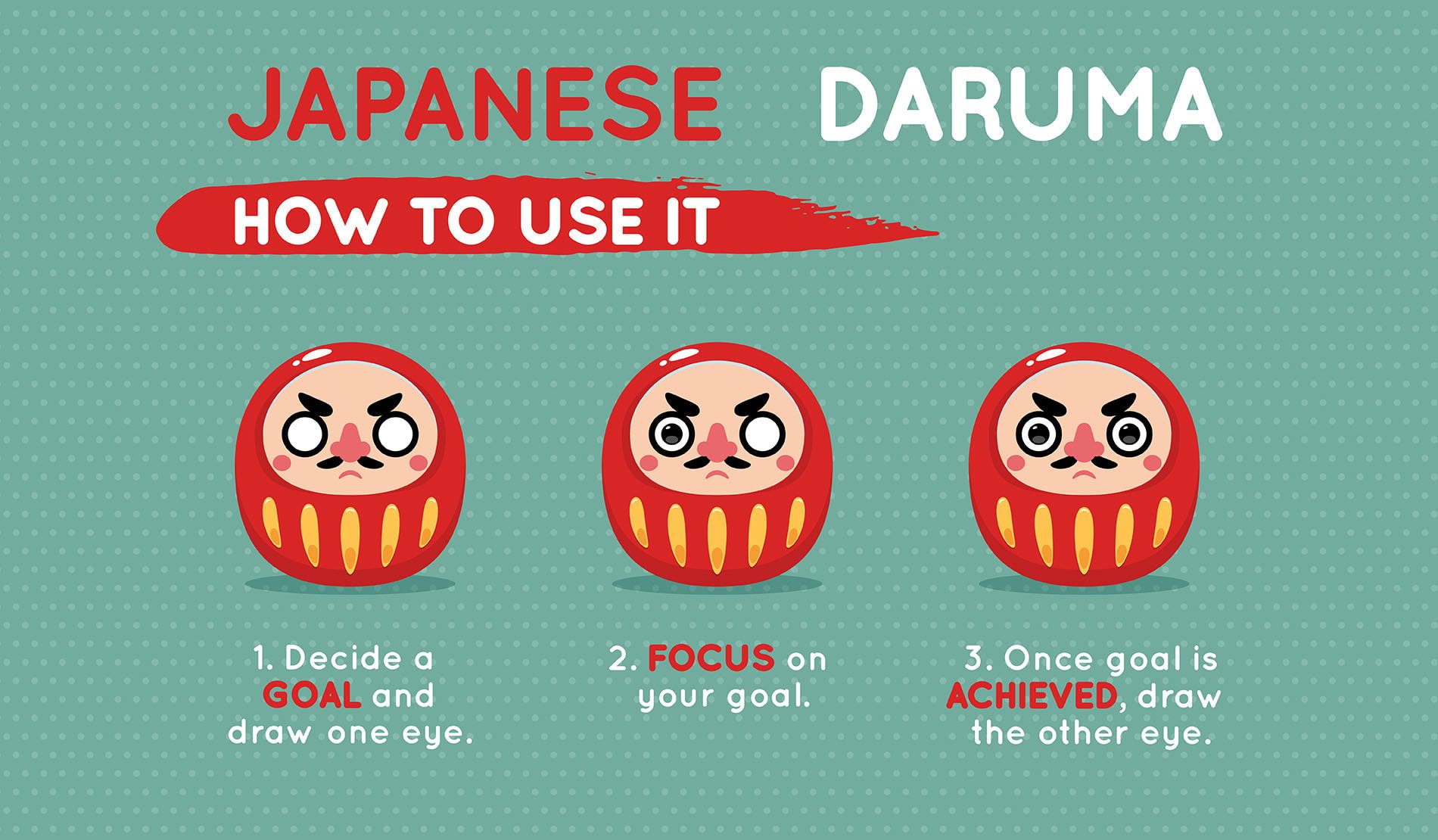 The Daruma is one of the most popular Japanese symbols of perseverance and luck.

This armless, legless folk toy represents Bodhidharma, a Buddhist priest who was totally committed to achieving enlightenment through meditation. It is said that he lost the use of his legs and arms after sitting cross-legged for over nine years.
Darumas are made from papier-mâché and they have a rounded-shaped bottom so that when knocked on their side they will return to an upright position, showing tenacity that if it "fall down seven times, get up eight".

Many Japanese individuals and corporations buy a Daruma doll, make a resolution and then paint in one of the eyes. If, during the year, they are able to achieve their goal, they paint in the second eye. At the end of the year, it is customary to take the Daruma doll to a temple, where it is burned in a big bonfire.